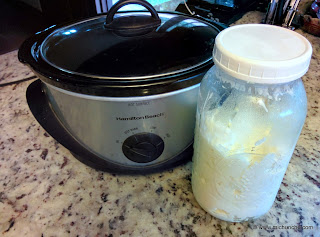 I had always heard it was easy to make yogurt, and you can find all sort of kitchen gadgets to help you make perfect yogurt. Guess what, you don't need anything but your crock pot/slow cooker, pressure cooker, or soup pot, and the basic tools you already have in your kitchen. My first attempt was a total success and I'm sure you can do it too, by following these easy instructions. Once you taste this stuff you'll never want the store-bought kind again.