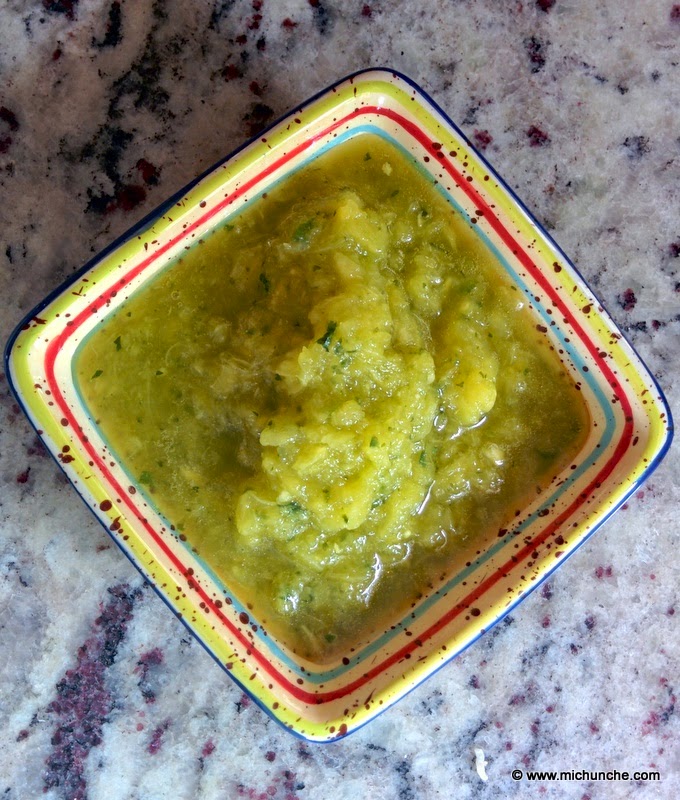 When we lived in Houston, Texas, one of our favorite places to dine was at an upscale Latino restaurant, called the Cafe Red Onion. They have an amazing menu of Latin fusion meals representing the best of Latin American cooking. Like most TexMex restaurants, they too serve chips and salsa when they take your beverage order, but their salsa is probably unlike any salsa you've encountered in the past.

Since we have been here in Costa Rica for almost 4 years now, I was really craving some of Red Onion's salsa, so I began my internet search. I found the Houston Chronicle had actually published the recipe years ago from one of their readers. She got the recipe in a cooking class taught by Cafe Red Onion owner Rafael Galindo.

The key ingredient calls for canned pineapple! Since we live here in the land of abundant fresh pineapple, canned pineapple would never be acceptable. So I set about tweaking the recipe just a bit to take advantage of our fresh ingredients.